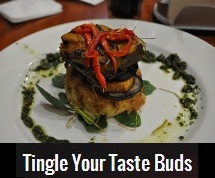 Biryani is a world renowned dish and it’s history is as interesting and rich as the dish itself. It is not a simple to make dish due to its unique process of layering, and requires practice to get it perfect. A meal consisting of scrumptious biryani can be extremely satisfying due to its unique aroma, flavours and spices. Across the world, biryani is prepared in a number of styles now and different regions have their own type of Biryani. Originally, Biryani was prepared by cooking long-grained rice with meat, chicken, fish or eggs but eventually the vegetarian version also came through. Well, that happens with every dish doesn’t it? 🙂

After being treated to authentic Biryani in Hyderabad, it was quite amusing that wherever I went and ordered for Biryani in restaurants, I was served pulao instead in the name of biryani. This happens quite frequently and then I realized that there is no point in having Biryani just anywhere because not everyone makes it like they should. The primary factor which differentiates pulao from biryani is the layered style of cooking which is also called the “Dum” method. The spice mix is also unique in case of biryani and one can make out the difference in taste too.

When our Guest Chef  for this week, Anuj Solanki, sent us the recipe of Chicken Dum Biryani, I was hoping it is not pulao again but we were very impressed with his authentic biryani recipe. He has shared his wonderful and easy to comprehend recipe along with tips on how one can ensure one gets it right in the first try. We thank Anuj for sharing with us the recipe of this extremely popular and exotic dish. Enjoy this scrumptious biryani 🙂

This site uses Akismet to reduce spam. Learn how your comment data is processed.